Chapter 1. Mac and Cheese, Class War, and the Many Meanings of Cheddar

I couldn’t include pictures in Cheddar: A Journey to the Heart of America’s Most Iconic Cheese so I am going to annotate the book here on my website.  That sounds like fun, right? Ok, here are some pics to go with chapter 1.

Here’s my awesome wife Laurie sampling the entries at the SF FoodWars: Return of the Mac contest, the place where the idea of examining the fraught relationship between people and their Velveeta was born.  Also visible: my camera strap.

A couple of pictures from the Porter Sculpture Park.  I don’t think I described the sculptures adequately in the book. This is a truly epic place to visit. 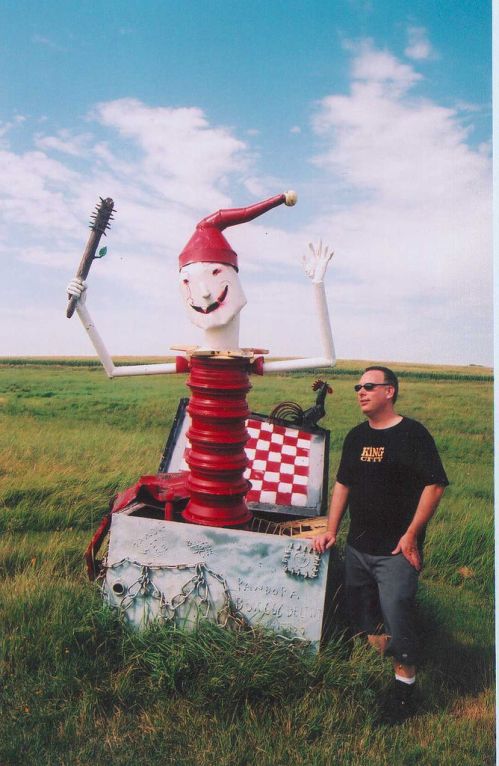 Some of my other favorite roadside attractions. 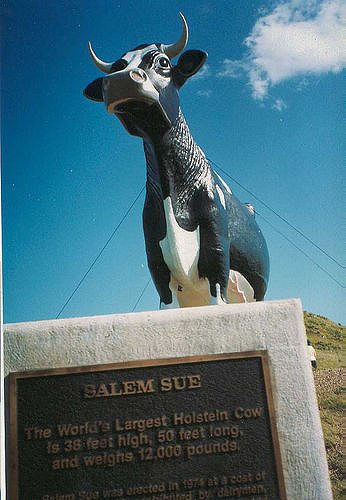 Garden of Eden, Lucas, Kansas (I think this picture is mine from a trip I took in 1985 or so, but if someone else claims it, I will give credit where it’s due.): 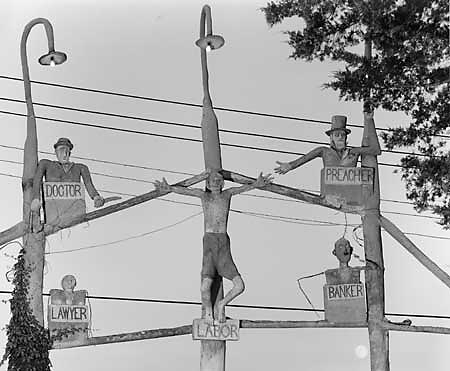 Me and the Jolly Green Giant (He was in “leather” for Sturgis, not Folsom): 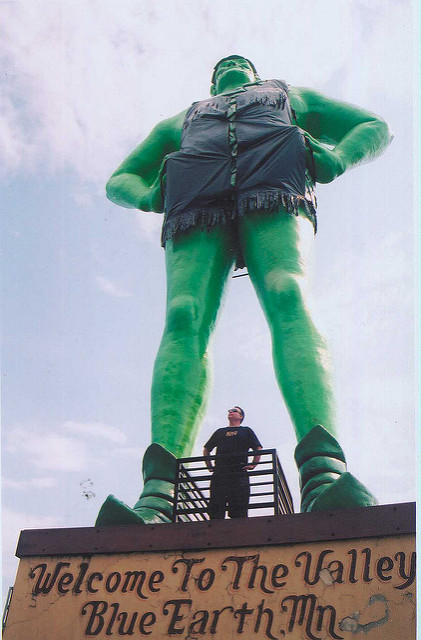 The carousel in House of the Rock, Spring Green, WI.  I cannot believe that the folks at the nearby Uplands Cheese won’t name any of his cheeses after this great American monument. This is also the best picture I have ever taken: 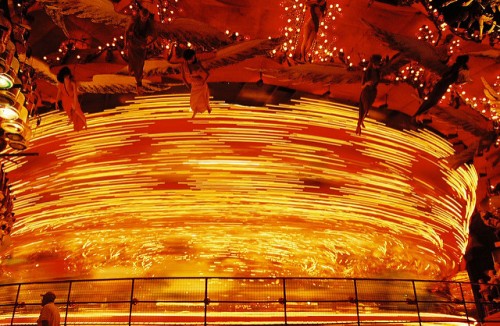 Here is the “Golden Giant” once the World’s Largest Cheese: